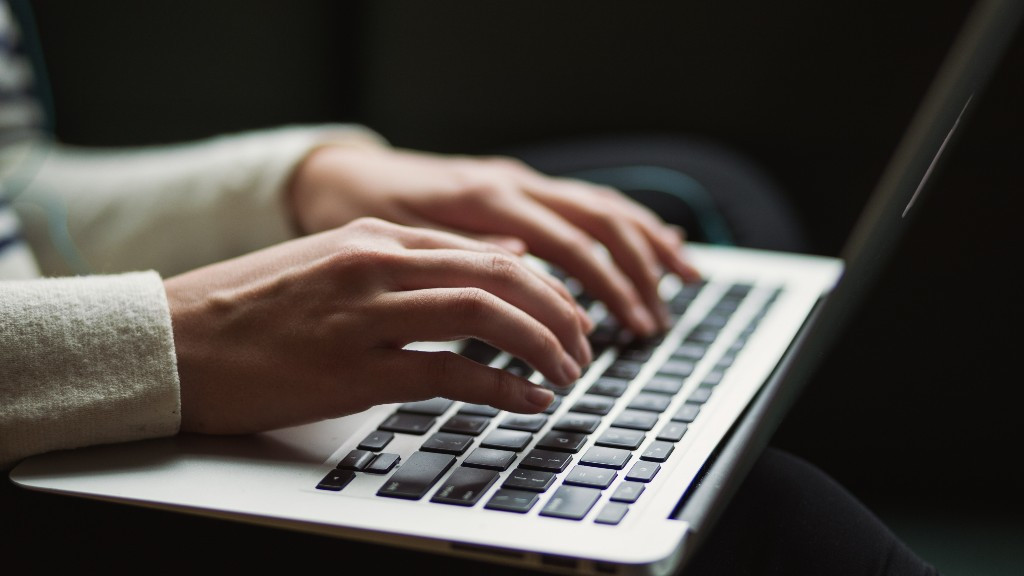 A report led by the UOC spin-off Open Evidence has examined the impact and regulation of online manipulation tactics (Foto: Kaitlyn Baker/Unpslash)

Prices that are increased with an unexpected charge just before payment is made, misleading countdown timers about the amount of stock available or forced registration in order to have access to a service are among so-called 'dark patterns', i.e. practices used by digital platforms in order to trick, coerce, or manipulate consumers into making decisions that are often not in their best interests. A new report led by Francisco Lupiáñez-Villanueva, a member of the Faculty of Information and Communication Sciences at the Universitat Oberta de Catalunya (UOC) and the co-founder of Open Evidence, with the participation of BDI Research (Bloc de Ideas) and BrainSigns, shows that these types of unfair commercial practices "are prevalent and increasingly used by traders of all sizes, not only large platforms." The study, which was funded by the European Commission, also shows that exposure to dark patterns and business practices involving manipulative personalization lead consumers to "make choices that they would not have made otherwise" and it stresses that remedies must go "beyond regulatory interventions".

"Dark patterns and manipulative personalization can lead to financial harm, loss of autonomy and privacy, cognitive burdens, mental harm, as well as pose concerns about collective well-being due to detrimental effects on competition, price transparency and trust in the market. Given this situation, the solutions must involve businesses and the community of web designers, and identify more effective regulatory practices," stressed Francisco Lupiáñez-Villanueva, a member of the Faculty of Information and Communication Sciences at the UOC.

A combination of unfair practices

The study used the mystery shopper technique to simulate purchases of products on digital platforms in various European Union countries. The results show that 97% of the most popular websites and apps used by EU consumers used at least one dark pattern. Another key finding was that these unfair practices are rarely used in isolation, and combinations of several dark patterns are common in interface design. "In general, the levels of prevalence are similar for mobile applications and websites, as well as between Member States and companies inside and outside the European Union," said the researcher.

The list of the most common practices is headed by hidden information or false hierarchy, which is used to prioritize a specific option with a brighter colour or larger font, such as to prompt the user to accept cookies or refuse to delete an account. In second place is preselection by default of the most favourable options for the website, such as for privacy or notification settings. This is followed by nagging, i.e. the constant appearance of the same request encouraging the consumer to take a specific action, such as subscribing to a premium account or sharing data relating to friends. Fourth are difficult cancellations, which make it difficult for the user to stop receiving a service or delete an account. And fifth, the report highlights forced registration, which requires users to provide more data than necessary to access a service or product.

However, according to the study, the prevalence of these practices varies between different types of websites and applications. For example, countdown timers or limited time messages are quite prevalent on e-commerce platforms, while nagging is more common on health and fitness websites and apps.

The report also studied manipulative personalization, which is manipulation practices that attempt to take advantage of consumers' vulnerabilities. In many cases, this is thanks to the personal data shared by the users themselves. "These practices are very difficult to detect, due to the complexity involved in tracking which personalized rankings, offers, prices or advertisements were presented to individual consumers at a given time, and what criteria and objective data were used to do it," explained the researcher.

As for the prevalence of these practices, the report notes that businesses are anticipated to make an "increased use of data-driven personalization practices and combine them with dark patterns."

Another of the report's conclusions is that there is a lack of consumer awareness about how these types of unfair practices are used, but that once consumers are able to identify them, they view them in a negative light. "The average consumer's ability to discern the use of these practices is rather limited and, even more concerning, consumers appear to accept the presence of unfair practices as part of their normal digital experience and have become accustomed to them," it points out.

The researchers also conducted two experiments to assess the impact of these types of practices on consumer behaviour. First, they performed an online experiment to test whether exposure to dark patterns led users to make decisions they would not otherwise have made, i.e. whether they led to a breach of the criteria laid down by the European Commission's Unfair Commercial Practices Directive (UCPD). The experiment, which involved 7,430 consumers in Bulgaria, Germany, Italy, Poland, Spain and Sweden, shows that practices such as hidden information and toying with the participants' emotions had an impact on the consumers' transactional decisions, and made their decisions inconsistent with their initial preferences.

The experiment also showed that not all consumers are equally susceptible to the effects of these practices: vulnerable consumers were generally more likely to make inconsistent decisions (50.89%) than average consumers (47.24%) when exposed to dark patterns. It also found that some population subgroups are more likely to make inconsistent decisions, such as older participants and those with lower levels of education.

The other experiment, performed with 120 participants, measured the neurophysiological and psychological reactions of consumers to unfair practices in three Member States (Italy, Germany and Spain). The results suggest that dark patterns can alter consumers' decisions, but no significant neurophysiological effects of these practices were found.

The researchers also looked at the European legal framework to assess consumer protection given the increase in these unfair practices. In this context, the report concludes that "some legislative adjustments may be necessary to better respond to dark patterns and manipulative personalization."

Another of its conclusions is that transparency-based measures are "ineffective" for countering dark patterns and manipulative personalization practices for both average consumers and those who are most vulnerable. Instead, the report says that the measures that have the most potential to reduce harm to consumers include the prohibition of the most harmful practices, which are not yet blacklisted in the UCPD. It also mentions the need to impose fair design on traders, and suggests that the businesses themselves should be responsible for demonstrating that the design of their virtual platforms and their commercial strategy comply with the law.

Finally, the report emphasizes that these regulations must be complemented by the direct involvement of companies and the web design community, such as by developing guidelines and practical examples that enable them to determine beforehand whether the practices they are considering may be unfair. "The combination of these measures could help to bolster a digital environment where traders take more responsibility towards consumers," concludes the report.

This research by the UOC supports Sustainable Development Goal 9 (Industry, innovation and infrastructure).

Lecturer in in the Faculty of Information and Communication Sciences