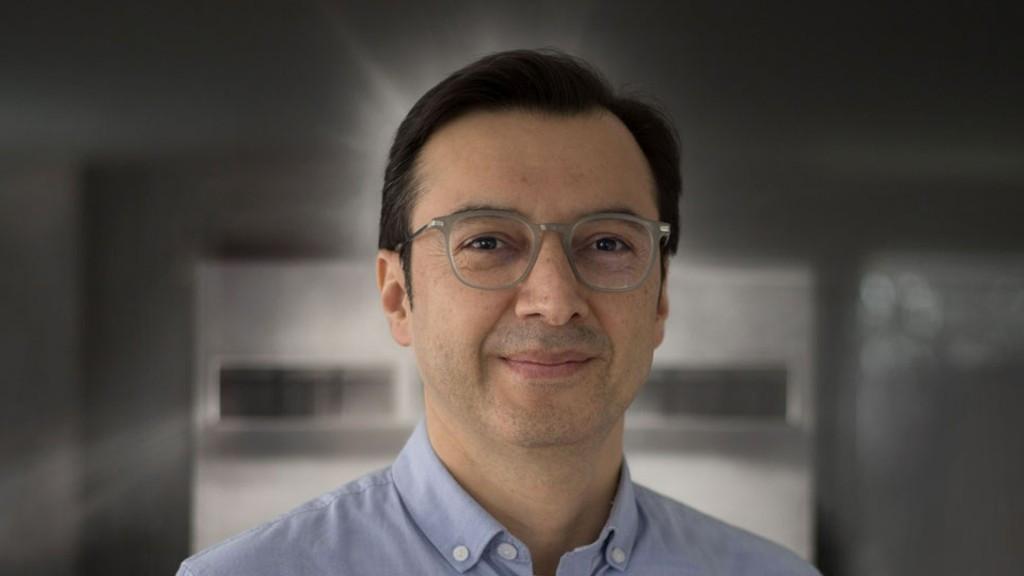 Andrés Burbano is a Colombian artist and researcher with a special interest in the history of media technologies. He has taught at the Universidad de los Andes, in Bogotá, Colombia, and next academic year he will be joining the UOC's Faculty of Arts and Humanities as a professor. Currently he is chair of the Human and Non-Human theme at ISEA2022, the 27th International Symposium on Electronic Arts, to be held in Barcelona from 10 to 16 June, with the support of the UOC. Recently he was also appointed chair of the SIGGRAPH 2024 Conference. His work ranges from documentary video (in both science and art), sound and telecommunication art to the exploration of algorithmic cinematic narratives. On 26 May he will be taking part in a discussion on "Màquines de predir: inventari de futurs possibles?" (Prediction machines, an inventory of possible futures?), an activity in the series Màquina Persona, Intel·ligència artificial i creació (Person Machine, Artificial Intelligence and Creation), organized by the UOC and Sala Beckett.

What themes have defined your career as an artist and a researcher?

I consider myself to be an artist who works with media, and a researcher into the history of technology, with an emphasis on Latin America and the Global South. I've been working on projects that enquire into technological and scientific themes. Originally, I studied film making, but I then found that I could edit video with a computer, and discovering the existence of the internet in 1994 or 1995 marked a major change for me: it gave me a platform where I could see and edit code. It was a computer product that wasn't finished, but I could access what it was built on: programming language. That's how I became interested in more experimental projects. For example, in the field of cinema I became interested in the technology that made certain types of films possible, what kind of lenses they used, how they moved the cameras, how the sound was recorded, etc. And that connected me to a series of creative possibilities using other media, mainly digital and emerging media. Since then, I've always tried to explore new media, posing questions and looking for collaborators.

You're about to bring out a book on the history of media technologies in Latin America. What conclusions have you reached in this research, which has taken you nearly 14 years?

I first studied the mass media and the technologies associated with them: from cinema to radio and television, and later the convergence of all of them in digital media. I believe this is the great distinguishing feature of our time. In the case of this research, the conclusion is that the word technology and the study of the subject have been uprooted from the history of our countries. When we talk about Latin America, we talk about adapting technology to advances coming from outside, and creative work always depends on the way we adapt it. And that defines part of our situation. But there are also people who have proposed technologies and developed them. In the book I talk about some specific cases, like that of the Frenchman who lived in Brazil in the first half of the 19th century and developed his own photographic technique at the same time photography was being invented in France. Or the case of the Mexican who developed a system for colour television in 1939. I also study more recent cases.

The first time we can see you in Barcelona will be in the Màquina Persona series, which aims to contribute to the debate about artificial intelligence. In your case you relate to AI from the field of art. How do these two disciplines interact?

Artificial intelligence has existed since the 1950s but it was very difficult for people other than the developers of these technologies to carry out projects, mainly because of the limitations of the machinery they were using. In recent years this has changed and we're experiencing a boom in the use of artificial intelligence and artistic, creative and critical projects. My task is to do research into what's happening. Regarding its relationship with the world of art, I think I could simplify the problem in the following way: We've created the technology, the software to develop artificial intelligence, machine learning, etc., but we're far from understanding the implications of their large-scale implementation on culture and the arts. Artists and critics play a very important role in helping us to understand it, especially because these technologies are being applied on a massive scale in computational infrastructures we use every day. A critical reading of what's happening is very necessary to explain contemporary culture in general.

If we lean towards creating via AI, could this dehumanize the creative process?

It could, and the question you raise is extremely important. In fact, this year I'm involved in the ISEA2022 Conference, which will be held in Barcelona, and I'm the chair of one of the themes, Human and Non-Human, which focuses on what is and isn't human. One of the topics is artificial intelligence, and how this technology questions humanity. It has some very positive aspects and others that are more problematic. There's a series of values linked to humanism that are still relevant and interesting. However, it's also true that the idea that human beings are at the centre of everything has led to very complex problems, such as the environmental crisis we're experiencing. So, we'll try to ask ourselves where we can see what is human and what is no longer human, reshaping the idea of what we understand by human. It's a very important question that we have to ask ourselves. Artificial intelligence is constantly reminding us that many things we thought made us human, like intelligence, cognition or creativity, are suddenly no longer exclusive to us. I think this is a very powerful idea on a reflective and philosophical level.

What do events like the ISEA Conference mean for the world of digital art?

I've had the good fortune to be involved in ISEA since 2004, and I'd say it was an experience that changed my life. At that time, I was working on my projects and I had a circle of friends with whom I shared ideas, when I had the chance to take part in one of the most adventurous editions of ISEA. The conference started in Helsinki and then continued on a ship sailing to Stockholm, with another crossing taking us to Tallinn. There were presentations in each city and I remember being very surprised by the subjects discussed, the changes and processes affecting each city. It changed my outlook and since then I've wanted to devote part of my life to interacting with this community. Subsequently, some colleagues and I set up a conference track called the Latin American Forum to enable more people in Latin America to take part in the association. ISEA was later held in Colombia. And this year, I'm very moved to have been invited to take part, because I've known the team organizing the event, headed by Pau Alsina, for a long time and I have great respect for their contributions to the community. I think it's very appropriate for the conference to be held in Barcelona.

In the Màquina Persona series, you're taking part in an activity where you’ll be talking about predictive machines, tools that are configuring increasingly complex futures.

When I search on Google, as soon as I've written the first words in the search box, it predicts what I'll write next, or gives me several choices that could be what I want to look for. So, it's anticipating what I might have in my head. What's incredible about this system is the scale of its implementation, because the question I want to ask is very likely to be in the list Google anticipates. That has a series of incredible implications and it can be applied to other phenomena. For example, predictions about the weather work better but predictions of behaviour, in connection with marketing, mean that we're living in a very complex period in which we want to understand what people want. We seem to be entering a period of cognitive capitalism or data-driven capitalism, which we don't understand yet. A lot of people think that when we refer to predictions we mean anticipating the future, but this is just what we're talking about. When we carry out simple searches, we constantly use a series of tools for making predictions, even without being aware of it, and that has very extensive ethical, social and political implications.

Finally, in September you will be joining the UOC's Faculty of Arts and Humanities as a professor. What are you hoping for in this new stage of your career?

I've been very curious about the UOC's work for a long time. I've been publishing texts in the Artnodes journal for some seven years, I've watched the project grow and I've always wondered what the institution behind it was like. Now I've been able to see at close hand how the UOC's presence has grown in many fields related to my work and I've decided to accept their invitation to be a member of the university's teaching staff. I'll be mainly concerned with courses related to the development of creative projects in the field of art. I'm also very keen to study the structure of the UOC, a global university that has responded to the question posed in the early 1990s about the knowledge society and the appearance of the internet as a global network; how it was promised that it would change education and how it really has.

Sala Beckett and the UOC present the series Màquina Persona, Intel·ligència Artificial i Creació (in Catalan)

ISEA2022 to make Barcelona the world capital of electronic art