Menu
Listen
"We'll never be faster, more productive or more efficient than machines; this is where people's fear of artificial intelligence comes from" 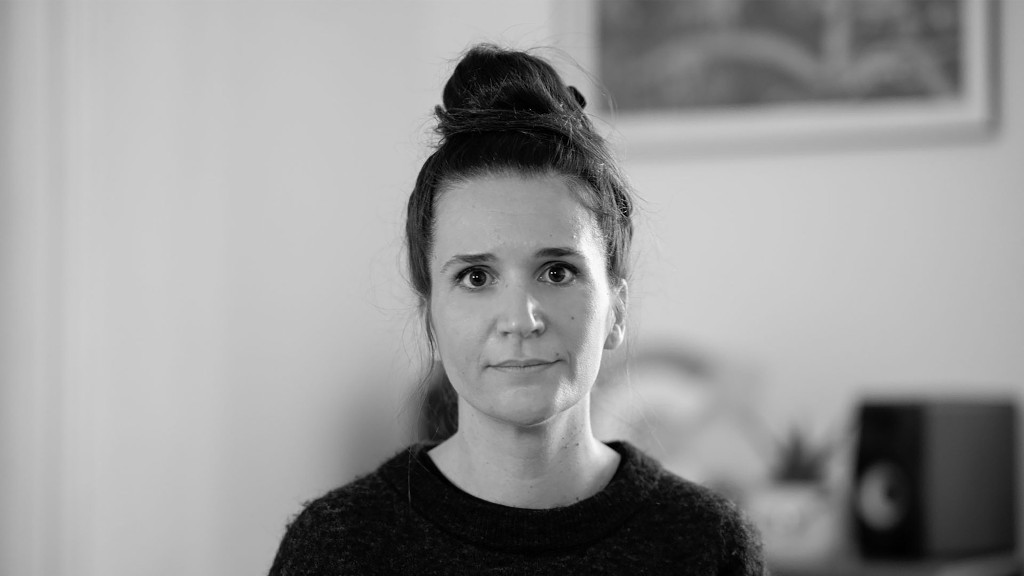 Mónica Rikić is an electronic artist and creative coder. She is also a course instructor with the UOC's Faculty of Arts and Humanities. Her work focuses on the use of coding, electronics and non-digital objects to create interactive works, many of them in the form of experimental games. Her projects have featured in international festivals such as Ars Electronica, the Japan Media Arts Festival, FILE Brazil and Sónar. She has also had residencies at the Technoculture, Art and Games centre in Montreal and the Ars Electronica Futurelab. We talked to her about art and technology and her involvement in the UOC-led ISEA2022 symposium in Barcelona, where she is one of the two performance chairs and where she will be presenting her latest work, Especies I, II y III.

I’ve recently been focusing quite a bit on analysing technology beyond technique with a critical approach. In other words, studying the social effects of technology both on society as a whole and on people as individuals. I think we need to stop talking about how we're affected by technology and establish how and when it started to affect us, and then use this to think about how to transform technology, use it in a more responsible way or approach it in a completely different way, leaving behind us this feeling that technology is everywhere and that, although we use it all the time, we're unable to affect its development. The truth is that you don't have to be an amazing programmer to change things, so we need to stop thinking that way. In my work, I try to help introduce technology as part of culture, as part of an agent that is within us and shapes us, and then show people that we can decide where to go next.

Your approach to these practices is often based on play.

I work with various approaches based on the technique used and the place where the work is being displayed. However, the technique I've recently been concentrating on – which underlies one of the pieces I'll be presenting at ISEA – is based on the idea of proposing alternative technologies through play and imagination, justifying the philosophical thinking behind my works very effectively. So, I make works of art in the form of theatrical experiences with varying amounts of interaction with the public. The works with the highest amount of interaction take the form of workshops in which members of the public use tools to create a game, a society or something else. My proposal is an interactive environment in which concepts can be created for each work. And then, at the opposite end of the spectrum, there are other works in which the public are mere spectators and the piece itself features an environment in which various things happen in an attempt to change the public's view of technology in a more concept-based interaction.

Some of your more recent pieces, such as Mother of Robots, invite the public to reflect on artificial intelligence with a critical approach.

This is one of the concepts I'm currently interested in. For example, Mother of Robots is also a very interactive piece: I think of it as a social mediation tool. In the end, what really matters about the piece is not the output – the sound installation – but the whole process with the public during the workshop, where we try to find ways to interpret human behaviour with algorithms. What we're doing with Mother of Robots is reverse the AI process to show people who aren't necessarily familiar with AI the techniques it uses and what's behind its devices. The processes are experienced by the public in a very practical way.

People are often suspicious of AI, and the collective imagination always seems to give it dystopian overtones. Is your vision more optimistic?

Well, I don't even like calling it "artificial intelligence". I'd rather refer to it as "artificial cognitive systems". The term "artificial intelligence" itself is one of the main issues underlying this narrative, which I believe to be driven by various power agendas. And because, for example, it assumes that human intelligence can be universally defined and that there are no other viable and acceptable types of intelligence in non-human agents. And then, if you believe that this is the universal way of defining human intelligence, you have to realize that you're basing it on values linked to current social and corporate interests, such as speed and productivity. However, I don't believe that this is what defines human intelligence because, in my opinion, human intelligence is varied, with many different types. We'll clearly never be faster or more productive or efficient than machines. And this is where this fear stems from. We are therefore making a two-pronged mistake: firstly, thinking that intelligence can be given an all-encompassing definition; and secondly, feeding the myth that AI is superior to us. As a result of Western societies' colonial past, we tend to believe that that which is different from us is inferior and can be dominated. We're now embodying this "that which is different" in the idea of a technology that can dominate us, and this scares us. These are mainstream narratives driven mainly by audiovisual platforms. The idea is to debunk all this to some extent.

The UOC-led ISEA2022 symposium will be held in Barcelona from 10 to 16 June to reflect on all these matters, and you will be involved in it in a variety of ways. One of these is your new work Especies I, II y III, developed thanks to the ISEA2022 DKV Production-Research Grant. What is it based on?

I'm about to embark on a doctoral programme at the UOC, and the work will serve as my initial proposal for the research I want to carry out. Without going into great detail, it's a work made up of three canvases that in some way contain mechanical parts and show what I want to achieve with my doctorate: the use of philosophical concepts in creative programming and creative electronics. My contention is that there can be other types of artificial cognitive systems that are not mere replicas of human beings and can, in a way, develop and show existential processes. My proposal is to see what happens if we use AI for more experimental purposes rather than focusing on the need for it to be productive or guided by markets that seek specific functionalities. The piece includes three devices: a more mechanical one, a more organic one and a more fluid one. It comes with an audio story explaining the machine's existence and processes and justifying its validity without having to be a replica of human beings.

You're also involved in the conference as a performance chair. What's the idea behind this track?

The performances are based on a variety of lines, such as reflections on the uses of AI or on how we interact with nature and the non-human world. Beyond the production work, what I most want to highlight as an artist is the fact that, this year, the ISEA symposium in Barcelona has made a great commitment to the inclusion of artists from outside the world of academia and given them funding and financial aid that had never previously been given at ISEA. When you're in the world of academia, it's easier to obtain grants or financial aid from universities, but this is now available to people with other profiles. This year, an effort has been made to include small budgets from Barcelona City Council, the Government of Catalonia and other institutions.

What will make this latest edition of ISEA innovative, and why is it important to hold events such as this in a city such as Barcelona?

I think what makes the conference particularly interesting is precisely this combination of artists and academics. Furthermore, the conference will extend beyond Barcelona, with a number of events being held outside the city, such as in Reus and Terrassa, and elsewhere in Catalonia. This is fantastic. And another new development in this edition is that the performances and workshops will be open to members of the public even if they don't have tickets to the symposium, and the exhibitions are free and will last beyond the duration of the symposium. It will therefore be very accessible: both people with an interest in art and those who don't think much about such things will find interesting things here.