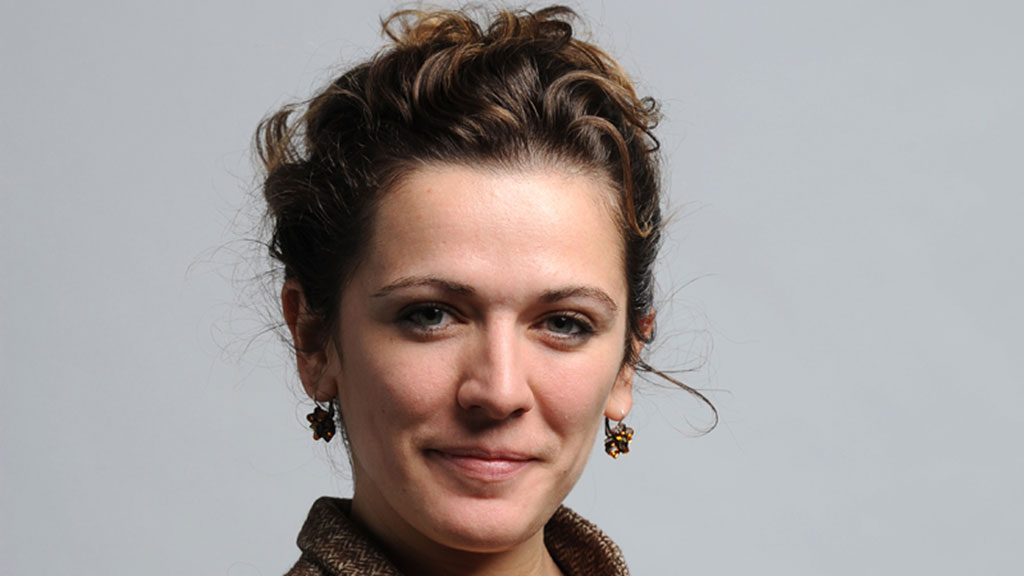 01/09/2022
Teresa Bau
Alba Colombo, researcher and member of the Faculty of Arts and Humanities at the UOC

Alba Colombo, a member of the Faculty of Arts and Humanities at the UOC, is the lead researcher of Festivals, Events and Inclusive Public Space (FESTPACE), a European project that examines how public spaces in Europe are used for all kinds of events, and how those events (cultural, social, commercial, etc.) can be more inclusive and create interactions between different ethnic and cultural groups. The project studies how public space is used in five cities: Barcelona, Glasgow, London, Gothenburg and Dublin, and universities at those places have been involved. The UOC is leading the project in Barcelona, in partnership with the Culture Institute of Barcelona (ICUB).

What are the aims of the project, and what are the UOC's reasons for participating in it?

FESTPACE studies three major areas: public space, events and social inclusion. We try to determine the extent to which an event that happens in public space has aspects of inclusion and diversity, from the point of view of both action, and planning and development.

Participating in FESTSPACE means we can compare the research we are doing in this area on a local scale with international initiatives. Taken together, this will create more extensive knowledge. In addition, our involvement in FESTSPACE raises the profile of the work that the UOC does in this area.

What aspects have been studied in the city of Barcelona? And in the other cities?

We have examined three types of cultural events in Barcelona: events in the cultural industry (film, theatre, literature and music festivals, etc.), traditional and popular culture (linked to the calendar of local municipal festivals, such as the La Mercè festival in Barcelona) and cultural diversity events – which are very important to us (such as Chinese New Year, Pakistan Day and Ecuador's Independence Day).

What characteristics make Barcelona an interesting city in terms of events in public spaces?

Each city has been chosen because it is significant in a specific field. Barcelona is a fantastic case due to its creativity, cultural diversity and popular culture, and also because it hosts major cultural industry events.

"Barcelona is a fantastic case due to its creativity, cultural diversity and popular culture"

What conclusions have you reached about Barcelona and the degree of inclusion in the events held there in public space?

With a view to making events that use the public space more inclusive and integrating, we have designed a guide for managers, policymakers and researchers, which shows how events and festivals organized in public spaces can benefit the community, rather than being something that privatizes the public space, or which manages it in a way that makes it exclusive for some groups.

What do you think of the city's cultural events?

Barcelona has a very powerful brand, and some cultural event production companies organize commercial events there which use the public space without having any connection to the city. The Barcelona Beach Festival of electronic music comes to mind, as well as the Holi Festival, which is organized by a Dutch production company for purely commercial ends and is totally exclusive.

However, festivals such as Sónar and Primavera Sound were born in the city, and although they have a global brand, they are part of Barcelona's cultural heritage.

Festivals of popular culture, such as the Gràcia and Sants festivals, are vital parts of the city's cultural life. Sometimes we need to take a little more care of them, and engage in dialogue with the local organizing groups so that they continue to be local festivals, and don't end up overcrowded or a tourist attraction.

Neoliberal strategies use major cultural events as a platform for social and tourism development. We have seen it happen over the years, with the Universal Exposition, to the Universal Forum of Cultures, the Olympic Games, and the Mobile World Congress... We must make sure that popular culture events do not become mere tourist attractions and lose their essence. In some cases, local associations want to hold festivals just for the neighbourhood, without attracting tourists. The Cors Muts festival in the district of La Barceloneta is an example of this.

The results of the project include a large database of cultural events in Barcelona, produced in partnership with Barcelona City Council, and with the ICUB in particular, and a mapping of the events.

This is a series of descriptive and analytical maps that include 340 cultural events, which are classified according to whether they are city-wide or neighbourhood events. We have cross-referenced them with data on mobility, the presence of immigration, tourism, etc. We have also used data provided by the Catalan Ministry of Culture. We will be presenting this document at the CULTUROPOLIS congress which will take place this September.

Another major feature of your research is your analysis of the opening speeches of the La Mercè festival. What messages did you find in them?

We performed a textual analysis of the opening speeches made between the return of democracy in 1975 and 2020, in work led by the researcher Xavier Villanueva. We created a model for analysis which we believe can be used in future research projects, and which we also used to discuss different ideas and concepts in depth.

How will the results of the FESTPACE project be applied to Barcelona and other cities?

It would be great if the politicians looked at it and took the recommendations into account. It is an independent European project which can help improve the inclusiveness and diversity of events held in public spaces.

The project started in 2019 and ended in July this year. It experienced the COVID-19 pandemic, which has had a very negative impact on the cultural sector, to the fullest extent. How did this situation affect the project?

COVID-19 has affected everyone, including the researchers, but above all it has had an impact on the events in the cities, and in Barcelona in particular, and cultural events above all. The design and structure of events changed. A lot of people (the organizers, workers, spectators...) didn't want the events to be cancelled. Often the decision was made to go ahead with the events, but in a much smaller format to reduce the audience and the numbers of people attending. In the middle of the pandemic, we also saw how the space and participation in the festivals changed, with performances taking place on terraces and balconies – private spaces that became public and participatory. It was an original response to an underlying need: to overcome isolation and feel part of a community.